It has now been 30 years since Frenkel Topping Ltd CEO Richard Fraser joined the company, and it’s been quite some 30 years. In that time FT Ltd has evolved into the nation’s leading specialist in the the field of financial advice for victims of personal injury and clinical negligence and been closely involved with some of the key legal and political developments in the sector. Here we take a look at some of the major milestones of the last three decades.

One of the first cases Fraser was involved in on arrival at FT was that of Kelly v Dawes. This landmark case, which initially began following nurse Cathy Kelly’s serious injury in a road accident in 1986, was a test case for the newly created Structured Settlement and would ultimately become the template for the Periodical Payment Orders that are frequently used as a form of compensation payment today.
In the case, Frenkel Topping’s specialist advisors devised an agreement whereby the £427,500 lump sum payable on a conventional basis would instead be paid as a structured settlement of £410,000. Of this, £110,000 would be paid immediately as a lump sum, and £300,000 would be used to provide a tax-free, index-linked annuity for the rest of the plaintiff’s life. The initial £25,652, index-linked annuity was guaranteed for 10 years, after which it would be renewed, with allowances for the intervening inflation in medical care costs. The settlement was truly ground-breaking.
In 1999, Kelly and her family’s willingness to act as standard bearers for the new type of settlement was vindicated. She had outlived the defendant’s longest estimate of 10 years, and the annual, tax-free annuity was increased to £36,618.

In 1991 as Fraser joined the company, Frenkel Topping’s financial services business had reached 25% of the accountancy practice’s overall income. Under the regulations of the time, this required it to register as a separate business directly authorised by the Financial Intermediaries, Managers and Brokers Regulatory Association. For the first time, Frenkel Topping was a completely independent entity within the wider Frenkel Topping Group.

Frenkel Topping played a key role as a significant contributor to the Law Commission’s Papers and Finance Acts of 1995 and 1996. It was clear at the time that it would be highly desirable for legislation to pass which allowed the Life Office to pay the fledgling structured settlements/PPOs in gross form and not have to deduct tax. Under existing rules they were required to do so, which the insurer would then have to gross again, causing unnecessary cost and administration.
There had not been a similar review of the tax status of compensation payments since the Pearson Report of 1978, and as such PPOs had become something of an anomaly having existed for seven years without any specific rules in place regarding their tax treatment.
Reviewing a situation and acting on the review, however, can be two very different things. The Pearson Report had itself recommended a raft of changes, but not a single one had been implemented by 1994.
It was on a routine visit to a London legal firm with whom Frenkel Topping was working on a claim that current CEO Fraser found unexpected inspiration: “In the reception, they had a list of what they did, and one of those things was parliamentary lobbying,” he recalls. “I read all about that and said ‘look, if we want this to happen, we need to employ these people.’”
Frenkel Topping took on the lobbyists to push for the tax changes to annuities to make it into the 1995 Finance Act, and succeeded. In fact, Frenkel Topping’s requested amendment was the only one applied to the act, and is listed in Hansard in perpetuity as the Frenkel Topping Amendment.
The firm would once again become involved with the updated 1996 Finance Act to rectify the oversight that, at the time, insurance products including annuities and thus PPOs, were only subject to 90% protection in the event of an insurer becoming insolvent. The 1996 act corrected this to 100%, although Fraser notes with some relief that on this occasion a simple letter sufficed, with no need for the drama or intrigue of lobbying.

In the modern age, where financial products and services are available in infinite shapes and sizes everywhere from the high street to the phone in your pocket it may seem incredible, but in 1999 the court, through the Public Trust Office, had its own investment division, and that was the only place that was permitted to invest awards received by personal injury claimants under the care of the court.
The division employed just two stockbrokers, who were assigned claimants on an alphabetical basis, and offered a grand total of four investment strategies ranging from 30% cash/70% equites to 70% cash/30% equities. If you had a brain injury and were under the jurisdiction of the court, those were your, or your representatives’ only choices.
Further, there was no tax planning, no use of tax-free benefits, no use of other assets like property or gilts, and no annual management fees – the stockbrokers made their profit solely from commission on buying and selling stock.
It was an incredibly old-fashioned and inefficient system, and the antithesis to the principle that personal injury claimants should not be treated as a “normal investor.” In fact, this system treated the claimant rather like a particularly wealthy and highly educated investor.
In 1999, the audit office happened to descend on the Public Trust Office for a routine inspection, and they were not impressed by what they saw. Of the 47 KPIs that were in place for the investment division, it failed 39. The auditor’s report even went so far as to assert that, given that the division did not even have a computer and kept all its records on paper, had it been a private financial institution it would be shut down by the regulator.
With a new Master of the Court of Protection in place, a lawyer with whom Frenkel Topping had previously worked, and a client who was adamant she did not wish for her husband’s award to be taken into the care of the court, the company was successful in taking a test case directly to the Master of the Court.
Under normal circumstances, if a claimant wished to invest their damages themselves, or through an independent financial advisor, an application must be made to the Investment Division. If the money was to be invested according to the division’s own four strategies, approval would be granted, otherwise it would be refused. That would then require an appeal and eventually, maybe after a year or so, a hearing would be granted with the Master of the Court. The test case, and a handful more Frenkel Topping would bring over the over the following year or so, sidestepped this needless bureaucracy, and although there were several false starts, would eventually lead to the legislative changes of the 2003 Courts Act (active in 2005) and the dissolution of the Investments Division.
Frenkel Topping now provides a wide range of services to deputies and trustees in Court of Protection cases.

In 2016, Frenkel Topping established its own Charitable Foundation Trust to consolidate its continued commitment to support vulnerable people, carers and disadvantaged groups across England and Wales. Some of the foundation’s key priorities are to support the promotion of individual wellbeing, to help people maintain a healthy, positive life after life-changing events or in older age, and also supporting ‘hidden treasures’: third sector projects that support vulnerable and disabled clients, their families and their carers.
In particular, the Frenkel Topping Charitable Foundation aims to provide funding to projects that:
• Provide emotional & practical support, information and advice
• Provide services and funding to enable more independent living
• Advance medical research for the public benefit
• Advance education for public benefit and skills development

Frenkel Topping’s success has always been down to its people and their expertise. With this in mind, and recognising the benefits to both staff and clients of nurturing fresh talent, the Graduate Academy was launched in 2017 to identify the brightest young potential and equip them with the skills to become a vital part of the FT team. The academy is committed to equality, diversity and inclusivity at every level.

Frenkel Topping is not standing still and in 2020, in line with its plans to boost both the company’s client base and assets under management through a mix of acquisitions and joint ventures, Frenkel Topping raised £13m in a healthily oversubscribed share offering.
At the same time, FT acquired Manchester and Leeds-based forensic accountancy Forth’s. FT CEO Richard Fraser said at the time: “The net proceeds of the placing and the acquisition of Forths builds on our strong organic growth as we become the largest independent provider of financial expert witness reports to the claimant marketplace.”
FT has since acquired civil and commercial litigation costs consultants A&M Bacon and Partners in Costs (PIC), a costs law specialist. Most recently, specialist Personal Injury and Clinical Negligence recruitment firm, Daniel Lewis Law joined the wider Frenkel Topping Group, becoming a sister company to FT Ltd. The future looks bright. 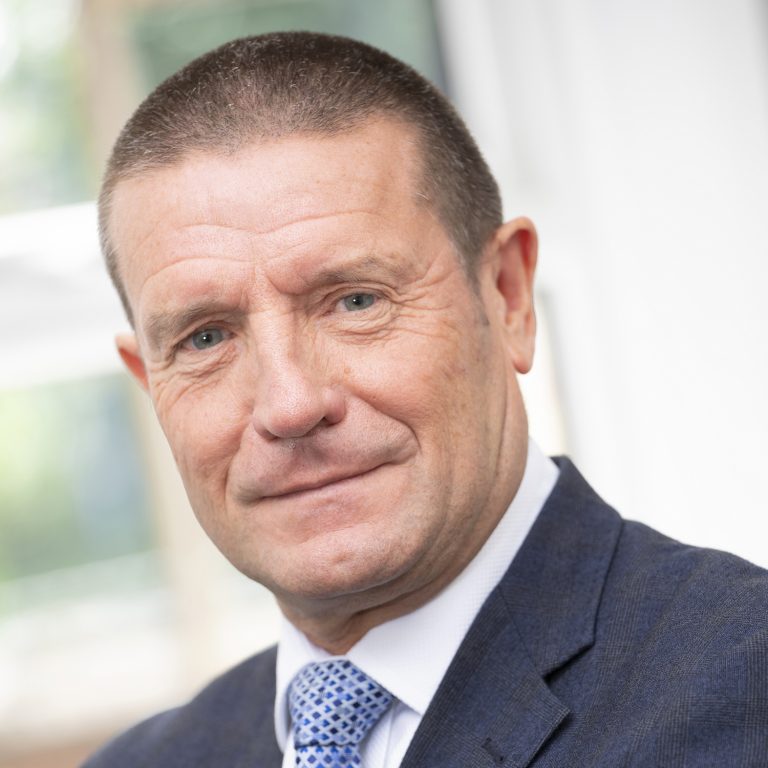 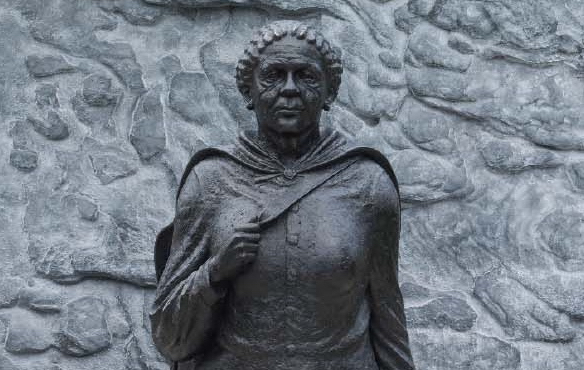 Own Cookie - Required to allow the site to function correctly and the forms to work. Doesn’t store personal data

Own Cookie - The cookie is used to store whether or not you have consented to the use of cookies. It does not store any personal data.

Own Cookie - The purpose of this cookie is to check whether or not you have given the consent to the usage of cookies under the category 'Necessary'.